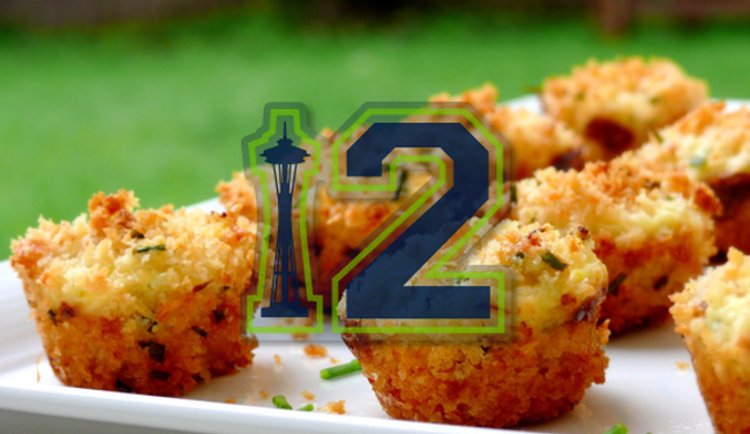 My Seahawks “Road to the Bowl” Menu

I heard someone say that the Seahawks were going to use the Green Bay Packers like fondue. This got me thinking….”Fondue….Hmmmm…What if the menu for my Super Bowl Party was the ‘Road to the Bowl’ theme.” Take each Seattle win, the city we dominated, and pick the most popular dishes/fare from that city and use it  for your game menu . I just had to do this, “Overboard” is my middle name, haha! Here is a mock menu for you to try. Just a few ideas to throw down during the big game. Maybe throw a little Football Bingo in there, or some jello shots? Make it your own and have fun with it! I started with the Niners because they seemed to be our biggest rival this year.

Here is my idea…. Cheddar Bacon Ranch Pull Apart Bread….seriously NOT diet friendly, but SOOOOO worth having a cheat day for. The crazy long name says it all and the bay area is well known for killer sourdough bread.

Another fun idea is fortune cookies. Did you know that they are rumored to have originated from San Fran? click here for an interesting tidbit of info about that.

We were living large! I thought long and hard about the food that was going to represent this game. Arizona is known for Tex Mex and there are so many options.  In the end I came up with something easy………..since that was my feeling about our win.

There was a lot of excitement that day! Here is a kick butt recipe to honor the Peeps of St. Louis, Toasted Ravioli.  If you really want to go crazy in the kitchen, make your own ravioli. With my 6 year old having her slumber party the night before, I am not feeling like being that ambitious.

Carolina Panthers, you tried to take our powers, but you did not succeed. Final Score 31-17 Imagine the happiness I felt when I found out that Krispy Kreme Doughnuts originated there. I think we will pick up a dozen,( I wouldn’t want to dissappoint the kiddos) The Carolinas are also known for their  Frogmore Stew, Chicken Pailu and Spanish Bar Cake.  I have found a Spanish Bar Cake recipe that’s sure to knock your helmet off.

This brings us to…..

So many things I could say at this point, but I don’t want to inflate a deflated ball. The score was looking VERY grim. I tried to stay positive the whole first half and then some. Somehow we managed to take the ball and flip the game around, Suddenly, the crowd was cheering, people had their Rosemary Beads grasped and we were in the running. A few plays and some common sense later, we won the game…Melted cheese, like their ego, was the way to go.

I cosidered having a “Chowder Off” and showcasing both cities famous chowder styles, but then I came up with the idea of crab cakes and lobster rolls. We eat crab a lot around here. My cousin’s husband has a family place on a little island in the San Juans. We go fishing, crabbing and do a big boil. Since I didn’t want the clean up of a boil ( a great idea if you are up for it on gameday!) I decided to do something easy and delicious. The lobster rolls are also simple and delicious. After the cheating scandal with the Patriots, I did consider a deflated souffle…haha

Here are some recipes for crab cakes and lobster rolls. I LOVE the idea of the crab cakes made in mini muffin tins, in lieu of frying them.

We will also have a variety of other tasty treats…..Skittles infused vodka, Seahawks colored  Rice Krispy Treats and a Chip and Dip Stadium, aka, Snackadium and much more!!

(Here is an example of a Snackadium, there are a bazillion ideas for these on the internet.)

Have fun, stay safe, be responsible and as always, ENJOY!